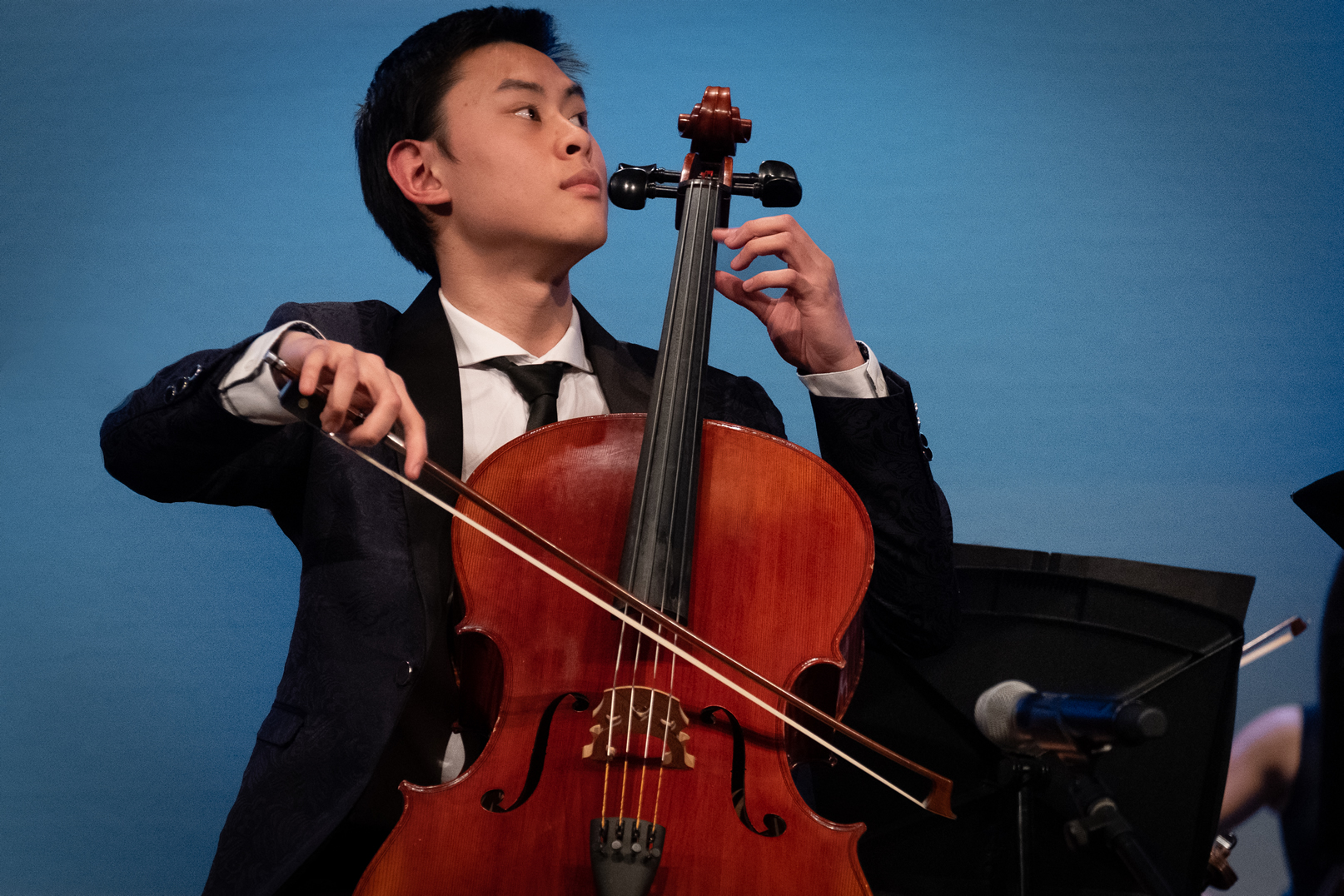 Bayden, a winner of the Adjudicator’s Award at Symphony Central Coast’s Prodigies Concerto Competition last year, perform as a soloist at the orchestra’s Fast Ride concert on June 26.

Bayden began to play the cello at the age of eight and fell in love with it immediately.

He was a member of the Sydney Youth Orchestra Philharmonics, performing at various venues including Llewellyn Hall at Australian National University, Canberra.

He has been a member of the Central Coast Youth Orchestra since 2016 and has also played in the orchestra for Opera in the Arboretum.

Also on the program, and giving it its name, was Katy Abbott’s homage to three blind mice, Fast Ride in a Suave Machine.

Abbott, a Melbourne-based composer and lecturer in composition at the University of Melbourne, said it was while singing Three Blind Mice to her children one day that the grisly nature of the text became apparent.

“Hence, the music is fast-paced and ‘fun’ in nature, yet it alludes to the dark side of the text,” she said.

Honegger was widely known as a train enthusiast. The 1949 award-winning French film by Jean Mittry based on this work was shown with music live to screen.

Rounding out the concert was two works based on national features, Argentina’s ranches, or Estancias, music from Alberto Ginastera, and the mighty Moldau river, as it begins in the highlands of Bohemia and winds its way through the Czech countryside to Prague, courtesy of Bedřich Smetana.

“This concert is all about speed, energy and flow,” said Symphony Central Coast artistic director and conductor, and Central Coast Conservatorium board member, Steven Stanke.